"I want to perpetuate a place where a poor man or rich can go to look at things for free, and maybe learn a little about Oregon history. People need to understand our past."
~ Debbs Potts, 1998

As Senate President from 1968 - 1972, Debbs served as acting governor whenever Governor Tom McCall traveled outside Oregon. During his tenure as Senate president, Potts served as Oregon's governor a total of 196 days.

Ran sawmills for 3 years at O'Dell Lake, OR for the railroad

Owned/ operated a sawmill and planing mill at Pottsville

Spent 3 years during WWII with the U.S. Navy 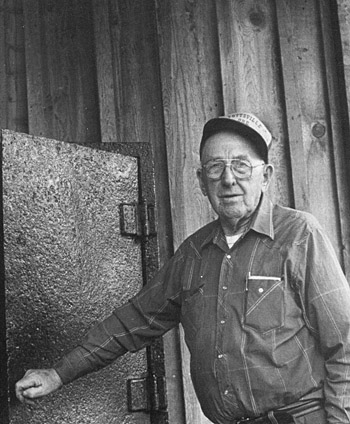 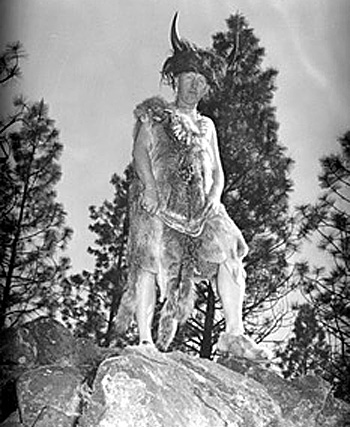 The Oregon Cavemen began in 1922 when a group of businessmen in Grants Pass came up with a novel way of promoting tourism in Josephine County. They did this by dressing up as cavemen, pretending to be descendants of the Neanderthals. Dressed in furs, with horsehair wigs, and buck teeth, the Cavemen were known for their zany antics like capturing people from the crowd during parades, abducting visiting celebrities or playing a prank or joke under the direction of a mysterious Chief Bighorn. Debbs Potts held the position of Chief Big Horn in 1955. In an initiation that included eating raw meat and drinking "the blood of the saber-toothed tiger" ( Snappy Tom, served in a Coke bottle wrapped in a skunk skin ), the Cavemen welcomed governors, senators and state attorney generals to their ranks. Honorary members included Babe Ruth, Henry Ford, James Stewart, Shirley Temple, John F. Kennedy, Richard Nixon, and Ronald Reagan. 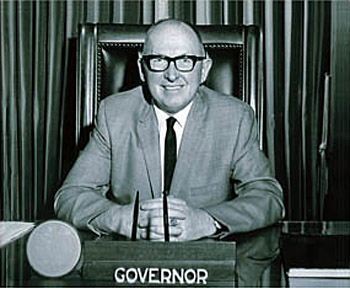 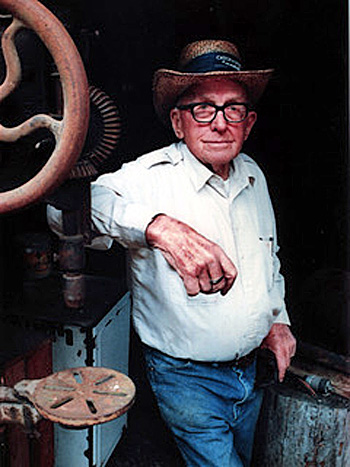 This picture of Debbs in front of the Blacksmith Shop was taken by Paul Fattig of the Medford Mail Tribune in 1998. Debbs was 89 years old. 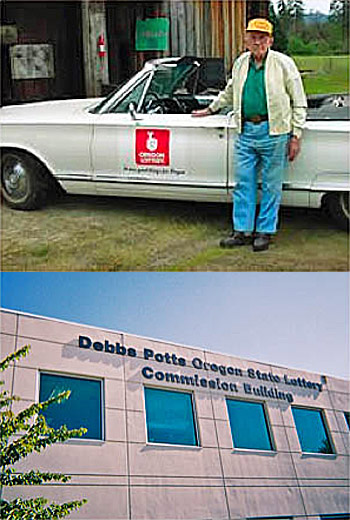