Step through our Main Entrance to items from a bi-gone past. Steam Powered items, tools, tractors, mining equipment and much more. We also feature two museums which display many interesting items - pictured below.

"It began rather innocently in 1959. I had a lot of junk around my house in Grants Pass and my wife wanted me to get rid of it. Instead of taking it to the junkyard, I decided to build a museum and tourist attraction. I was mayor of Grants Pass at that time, and I was concerned about the welfare and business climate of the country. I wanted a place that would attract tourists and would get them to stay in the area and spend money. I never advertised except by word of mouth. I wanted people to get lost trying to find it and maybe stop in Merlin to buy groceries looking for Pottsville".
Debbs Potts 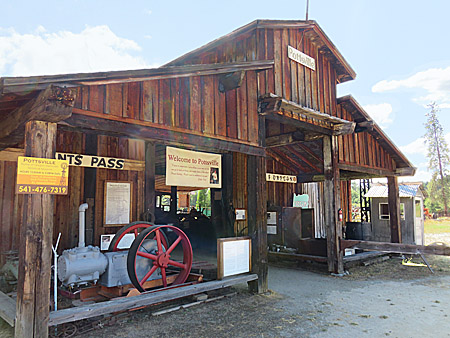 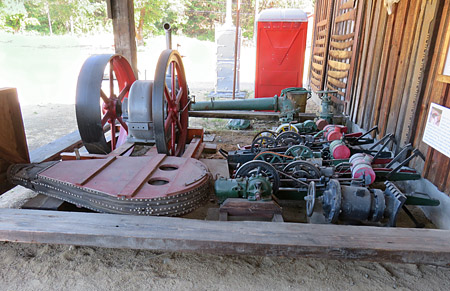 View of pumps and equipment as you enter main entrance. In the main entrance area you will find several tractors from the past, mill saw area, equipment & more. 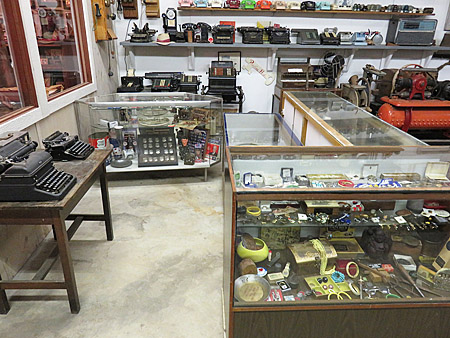 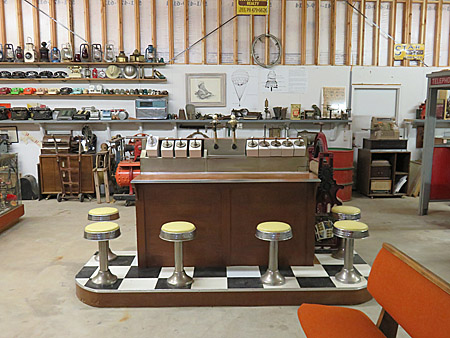 Old stoves, clocks, display cases of items from the past. 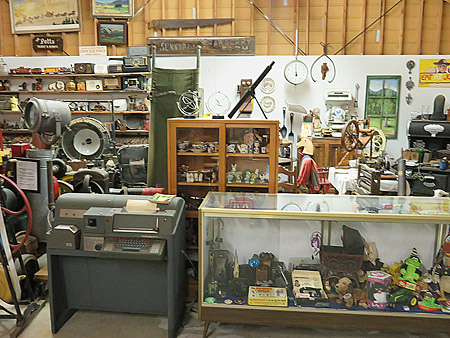 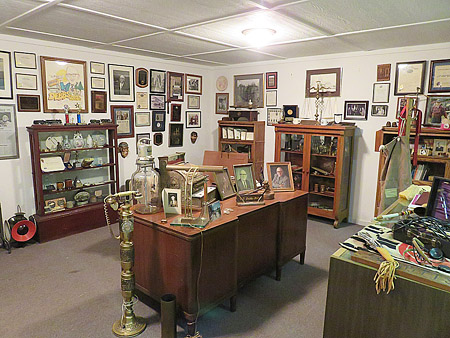 Certificates and awards from 24 years as a State Senator and 18 years as Oregon's First Lottery Chairman are displayed on the walls of Debb's Reading Library. The library also contains books from Oregon's past, photographs, and speeches.

The entrance to our main museum is painted with a 3-dimensional diorama painted by Mark Jones.

Our Displays include the following:

1865 "MUD WAGON"
Drawn by four horses, the advantage of a "Mud Wagon" and the origin of its nickname was its lightness, allowing it to travel over "muddy" roads or up steep mountainous slopes. It was also called a mud wagon because passengers were often covered with mud from the horses and wheels upon their arrival to their destination. This was caused by the open sides of the coach.

The journey from Kerby (Kerbyville), Oregon to Crescent City, California took 30 hours, traveling day and night. Today, it takes an hour and a half today.


A1891 PADDY WAGON
This Horse-Drawn "Paddy Wagon" was originally a nickname for "patrol wagon,"  in the same manner police cars are called patrol cars today. It was used for arresting as well as transportation of prisoners. 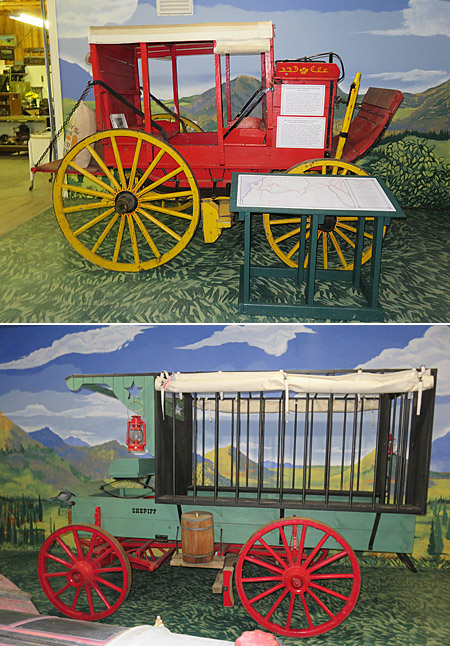 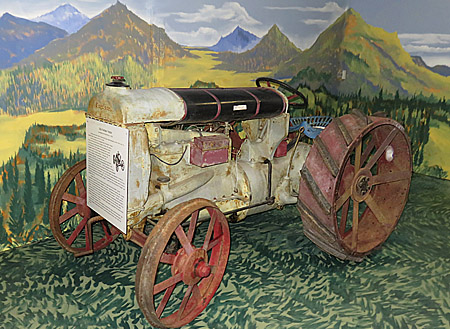 Visit our Car museum and see this 1925 Ford Model TT C-Cab. It was only made for two years from 1925 - 1927. Its top speed was 22 MPH. There is no fuel gauge, you would check the fuel by dipping a measuring stick into the tank located under the seat. The throttle is controlled with a lever on the steering wheel. 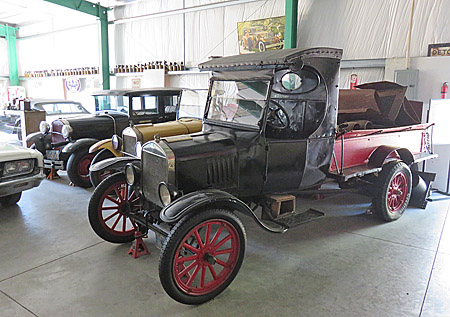 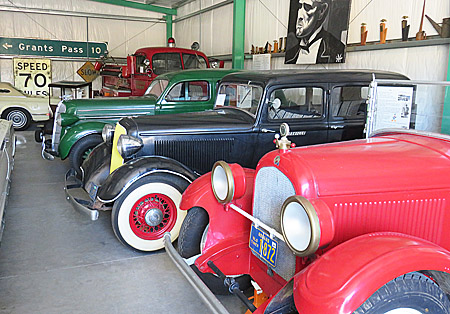 One thing Debbs couldn't stand seeing were old things being thrown away. "That probably comes from the fact that I was never been able to afford new equipment," chuckled Debbs. "I got in the habit of repairing castoffs and keeping them to use. That just naturally turned me into a collector of anything I could fix up." Look closely at these vehicles, and you will see the imperfections and ingenuity of a Machinists Mate and his friends. Debbs, George, Allan, Bill and Gary forged the needed pieces to tell the story of an older time. 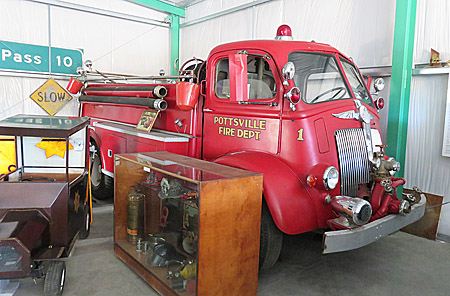 View of the "Pottsville Fire truck". We also feature the Pottsville Taxi!

MUSEUM TOURS AND PIONEER TOWN ARE BY APPOINTMENT